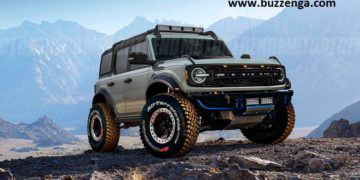 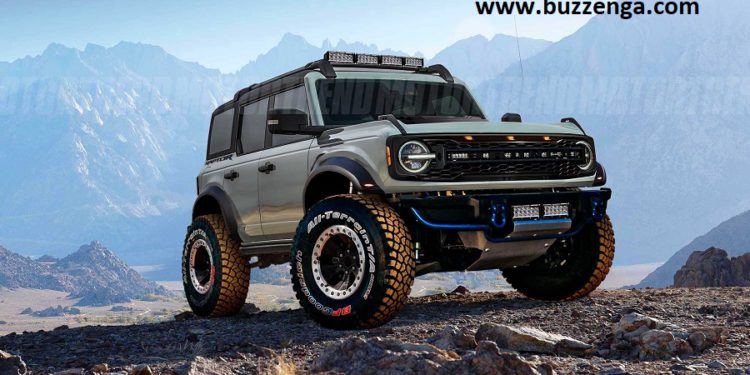 2022 Ford Bronco Raptor / Warthog seen testing with Bronco Warthog in spy shots. The 2021 Ford Bronco was revealed in two-and-four-door forms and the smaller 2021 Bronco Sport with off-road capability, turbocharged powertrains, and four-wheel drive. It appears Ford’s has still more to offer. As a higher-performance Bronco has been spotted wandering the streets of Michigan.

What can be expected from the 2022 Ford Bronco Raptor

The 3.5-litre turbo-6 would fit well in the bronco, which is based on a redesigned version of the current T6 platform of Ranger. The smart money is on a high-outcome type of the 3.0-litre turbo-6 with around 400 hp, which would afford the more strong F-150 Raptor some breathing space.

The high-performance Bronco will likely need a beefier suspension with lots of travel, probably a unique Beadlock-capable, and room for big tires. The newest model is wearing 17-inch Beadlock-capable tires borrowed from the F-150 Raptor.

Ford filed a trademark application to use the Warthog name on a vehicle last September.

With a released teaser image, it’s probably the high-performance Bronco will arrive within the year. We’d estimate the Bronco Raptor or Warthog to debut at dealerships as a 2022 model.