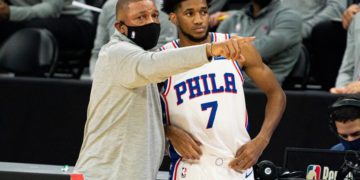 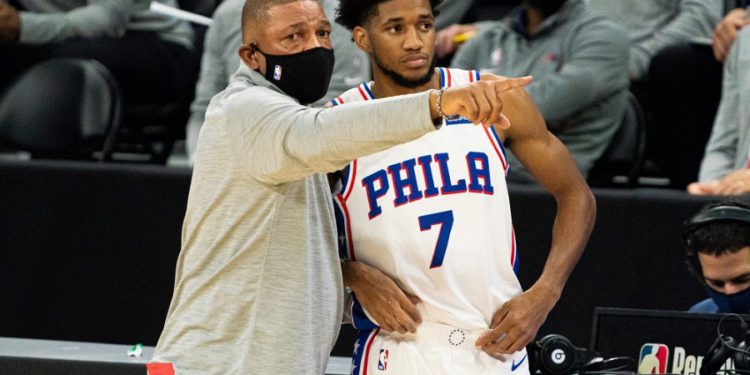 Ben Simmons & Tobias Harris praises rookie Isaiah Joe for his play and says, “He’s been solid.” The Philadelphia 76ers are making a slight tweak to their rotation as Doc Rivers seeks for the next spark to try and give that bench section a shot in the arm. In their 110-103 loss to the Toronto Raptors on Sunday, Rivers chose Isaish Joe instead of Furkan Korkmaz.

Korkmaz has played as the main wing player off River’s bench, however, his latest play has forced the Sixers to make a change as they are now going with the rookie Isaiah.

In 12 minutes of action on Sunday against the Raptors on the road, Joe scored 3 points and 2 rebounds. He was active on both ends of the floor and he drew a charge from Norman Powell in the match as he showed why the Sixers prefer him.

Certainly, Joe does not look like a rookie when he steps on the court. He is a great player and is ready for any chance coming his way. And he is someone who is showing off other parts of his gameplay. Not everyone knew he could defend at this level just yet.

Tobias Harris said, “He’s been really solid for us all year every time he gets chance. Isaiah is a player and doesn’t make many mistakes in the game so his energy for a rookie, and defensively. Also, he understands the game plan, the terminology, and where to push the guys.”

The rookie has continued to make strides forward and learn from the veterans around him. As the season goes on, Philadelphia knows they will need something more from him. It’s all about having confidence and maintaining it.