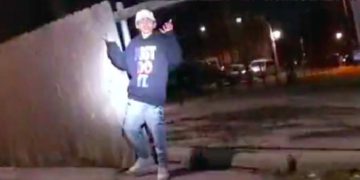 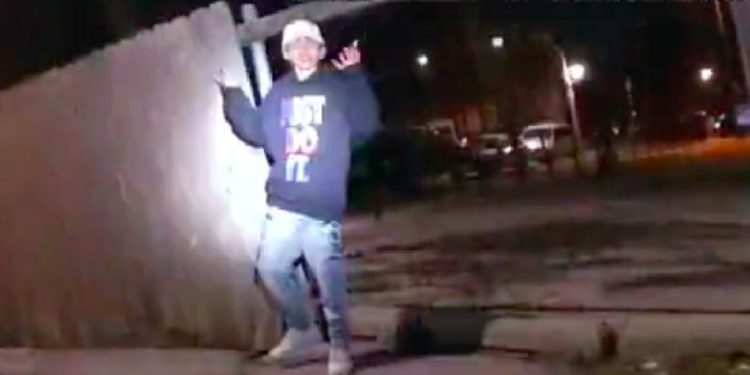 A 13-year-old boy who was shot and killed in Chicago by a police officer had his hands up when the cop fired his weapon, new videos show.

The city’s Civilian Office of Police Accountability posted the videos online Thursday along with other recordings and police reports related to the shooting of Adam Toledo, following weeks of protest over the boy’s killing and demands to release the body camera footage to the public.

What the videos showed amounted to an “assassination,” Adeena Weiss-Ortiz, the Toledo family’s attorney, said at a press conference Thursday evening.

“If you’re shooting an unarmed child with his hands in the air, it is an assassination,” she told reporters.

On March 29, a police officer shot the boy to death in an alley in Chicago’s Little Village neighborhood after a foot pursuit. Officers were responding to a call of shots fired when they chased Toledo and 21-year-old Ruben Roman, who officials said fired the initial gunshots that brought police to the area.

As one officer tackled Roman, another ordered Toledo to stop, but the boy kept running, prosecutors said Saturday during a court hearing for Roman, who is now facing child endangerment and weapons charges. Toledo then paused, and the officer ordered him to show his hands.

Footage from the body camera worn by the officer who fatally shot Toledo shows the cop running after him, yelling, “Stop. Stop right fucking now.”

“Hands. Show me your fucking hands. Drop it,” the officer yells, according to the video.

After shooting, the officer runs toward the boy and radios for an ambulance. The video then shows officers attempting first aid over several minutes as Toledo lies gravely wounded. Three and a half minutes after the shooting, officers discover a handgun behind the fence, several feet from where Toledo was being treated.

He was pronounced dead at the scene.

Prosecutors initially said that the boy turned toward the officer and had a gun in his right hand. Immediately before the video was released, however, the Cook County State’s Attorney’s Office told WGN9 that that detail was inaccurate and that the attorney who provided the information “failed to fully inform himself before speaking in court.”

Footage from a camera across a parking lot next to the alley shows Toledo’s right arm moving behind the fence, making a tossing motion, then he turns back toward the officer with his hands up.

His family’s attorney stressed that, although video showed the 13-year-old appearing to toss something behind the fence, he was unarmed and with his hands in the air at the time he was shot.

The attorney added it was irrelevant whether Toledo had been carrying a gun.

“It could be a gun, I’m not going to deny that it could be a gun,” she said. “It is not relevant because he tossed the gun. If he had a gun, he tossed it. The officer said, ‘Show me your hands.’ He complied. He turned around.”

“Whatever he had in his hand, there was something in his hand, he approaches the fence, lets it go, he turns around and is shot,” Weiss-Ortiz said.

In the police records released Thursday, the officer who fatally shot Toledo was identified as 34-year-old Eric Stillman. According to a tactical incident report, which includes a set of boxes for officers to check, Stillman made claims about Toledo’s behavior — some of which do not appear to be borne out by the body worn video. The officer checked boxes that Toledo did not follow verbal commands, fled, posed an imminent threat, used force likely to cause death or great bodily harm, and that he was armed with a semi-automatic pistol.

In an emailed statement to BuzzFeed News, Tim Grace, an attorney for Stillman, said that in his viewing Toledo had the gun when he was confronted.

Grace said officers had responded to shots fired at a passing car in the area, whose shell casings matched the gun recovered near Toledo.

In the statement, Grace said Toledo’s movement of turning around and raising his hands — which occurred after Stillman yelled at him to ‘show me your hands’ — could be interpreted as “attempting to acquire a target” as he turned to face the officer.

“At this point the officer was faced with a deadly force situation and all attempts to deescalate had failed,” Grace said, adding that non-lethal force was not a safe or effective option. “The officer had no place to take cover or concealment, the gun was being (orientated) in his direction and he was left with no other option.”

According to Weiss-Ortiz, the officer did not appear to have any previous discipline or “incidents.”

The accountability office said that videos, recordings, and reports, which include body-worn camera footage, third-party videos, ShotSpotter gun detection recordings, and audio from 911 calls, have not been edited; however, some redactions were made to protect personal information.

The officer who shot Toledo has been placed on administrative duties for 30 days, officials said. The police accountability office’s investigation into the shooting is ongoing.

The boy’s family was allowed to view the footage Tuesday. Their attorney’s office said in a statement that watching the videos “was extremely difficult and heartbreaking.” The statement said they would continue with their own investigation into the incident.

Toledo’s death has sparked outrage across the city where young people in many communities are often exposed to gun violence. The seventh-grader is the youngest person in years to be killed by Chicago police, according to the Tribune.

Ahead of the release, Mayor Lori Lightfoot described viewing the footage as “excruciating.” She also urged Chicagoans to respond peacefully and cautioned that the videos should not be viewed by children.

“Even as our understanding of this incident continues to evolve, this remains a complicated and nuanced story, and we all must proceed with deep empathy and calm,” Lightfoot said during a press conference Thursday.

Lightfoot said Thursday that the city had failed Toledo as she called on the community to use his death as an opportunity to “do better for our young people … so that they can walk a life in their streets, in their neighborhoods, without fear, without feeling like they are prey wherever the violence comes from.”

Toledo had “a big imagination and curiosity” and loved animals, riding his bike, and zombies, his mother, Elizabeth Toledo, said in a statement. “He even had this zombie apocalypse bag packed and ready to go,” she said. “May he rest in peace.”