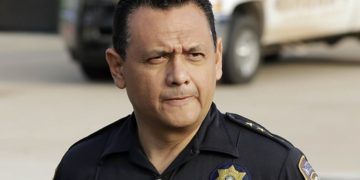 Ed Gonzalez, Sheriff From Houston, To Be Nominated To Lead ICE | Buzzenga

Ed Gonzalez, Sheriff From Houston, To Be Nominated To Lead ICE | Buzzenga 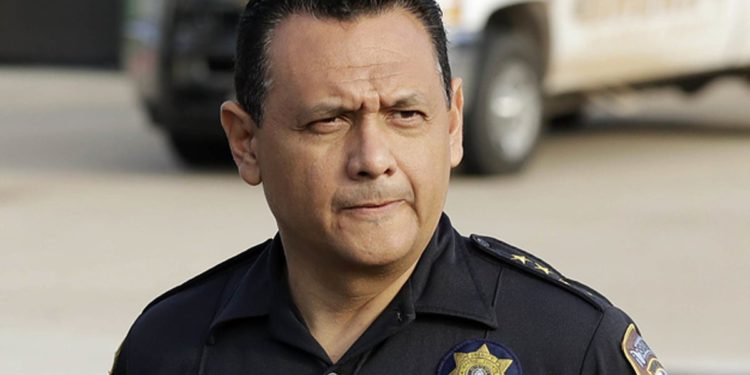 The Biden administration has selected a Houston-area sheriff as its pick to run Immigration and Customs Enforcement, White House officials announced on Tuesday.

The selection of a nominee to run the agency comes after years of acting leaders and a series of resignations at ICE during the Trump administration. The agency, which has come under mounting public scrutiny for controversial policies and operations throughout Trump’s term, has seen six leaders come and go since 2017. None of the directors of the agency during Trump’s term were ever confirmed in the US Senate.

The choice of Ed Gonzalez, who was elected in 2016 as Harris County Sheriff, to run ICE comes as President Joe Biden is attempting to reform the agency, including which immigrants it arrests and detains. Already, ICE officials have created a new appeals process that will allow immigrants and their advocates to challenge arrests, detentions, and deportations. Elsewhere, ICE instructed officers to target people who are alleged threats to national security and public safety, along with those who recently crossed the border. It is a shift from the policies of the Trump administration, which had made nearly every undocumented immigrant a priority for arrest.

On Tuesday, the agency also announced it will stop arresting immigrants at courthouses across the US unless they are a public safety threat.

Gonzalez gained a national profile as leader of one of the largest sheriff’s departments in the country, particularly during the response to Hurricane Harvey. In recent years, Gonzalez has also used his position in law enforcement to push back against Trump’s immigration policies. In 2017, Gonzalez stopped allowing his personnel to enroll in a controversial program with ICE that had local deputies identify undocumented immigrants for deportation. At the time, Gonzalez said the issue was about a lack of resources and that the deputies who had been assigned to the program needed to be redeployed elsewhere, according to the Houston Chronicle.

“After thoughtful consideration, I’ve decided to opt out of the voluntary 287(g) program,” said Gonzalez to the Chronicle at the time. “We’ll still be cooperating with local, state and federal authorities as we always have, we just won’t have our manpower resources inside the jail doing that.”

Gonzalez was previously a Houston city council member and a police officer and sergeant in the Houston Police Department.

Gonzalez has been vocal in his criticism of the Trump administration as well.

“Separating families who arrive at our border harms children and is an affront to American values,” he tweeted in 2018. “Children should not be in immigration detention, period.”

“I do not support #ICERaids that threaten to deport millions of undocumented immigrants, the vast majority of whom do not represent a threat to the U.S,” he tweeted in 2019. “The focus should always be on clear & immediate safety threats. Not others who are not threats. @HCSOTexas does not participate.”

If confirmed, Gonzalez will take over an agency that has already undergone many changes under the Biden administration. The administration had previously attempted a 100-day deportation moratorium, but that plan was blocked by a federal judge in Texas. The judge’s order, however, did not stop the White House from moving forward with changing ICE’s enforcement priorities, which has already led to a sharp downturn in arrests of certain populations.

“Sheriff Ed Gonzalez is a strong choice for ICE Director. With a distinguished career in law enforcement and public service, Sheriff Gonzalez is well-suited to lead ICE as the agency advances our public safety and homeland security mission,” Alejandro Mayorkas, head of the Department of Homeland Security, said in a statement Tuesday. “I hope the Senate will swiftly confirm Sheriff Gonzalez to this critical position.”