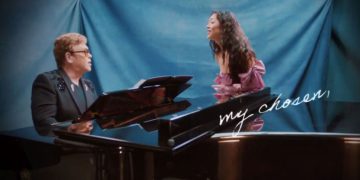 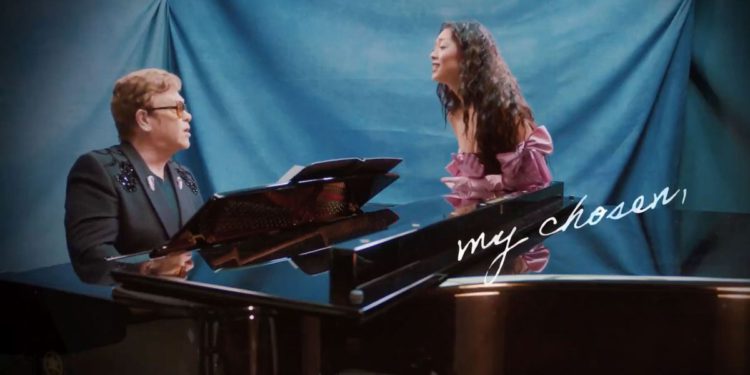 Elton John keeps up with new music and has his share of opinions on it, among them that Beyoncé’s Lion King soundtrack was bad, but Father John Misty and Conan Gray are good. Lucky for Rina Sawayama, she has also gained John’s stamp of approval, with the legendary pop performer calling her debut album, SAWAYAMA, one of 2020’s best. Now, John has taken his praise a step further and jumped on a SAWAYAMA track himself, recording a new duet version of “Chosen Family” with her. It’s an even more stripped-down take on the song, built around John’s piano; both singers’ powerful, raw voices; and Sawayama’s absolute amazement that she is singing with Elton John, the best part of the entire video. “Elton doesn’t realize how many people’s lives he’s made by contacting them and telling them that their work is great, that the work is seen,” Sawayama said in a conversation for T magazine ahead of the song’s release. Of the song, John added, “The lyrical content is so beautiful. There were so many brutal things going on in the world when the record came out, especially in America, and yet it made me feel as if all would be OK.” Aw, family love.