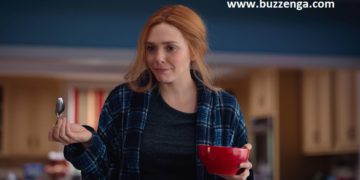 by buzzenga news
in Entertainment, Movie
0 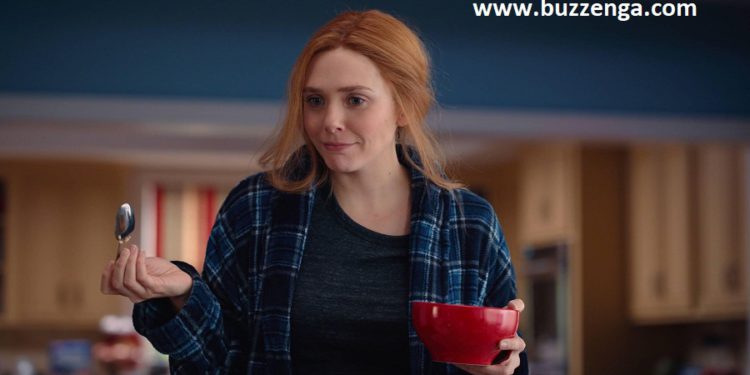 Recap of WandaVision episode 7: The show takes a dark modern family turn with episode 7 this Friday. Wanda Maximoff aka Elizabeth Olsen expanded the boundaries of Westview to protect Vision aka Paul Bettany from certain death after he set foot outside the sitcom town.

She dragged astrophysicist Darcy Lewis aka Kat Dennings and many government agents into her false world by doing so. However, SWORD agent Monica Rambeau aka Teyonah Parris, and FBI Jimmy Woo aka Rendall Park escaped her fake world as they’d left to meet Monica’s aerospace engineer friend.

It’s been Agatha the entire time

In a deeply unsurprising plot twist, it turns out the ludicrously dubious Agnes aka Kathryn Hahn was a baddy the entire time. Wanda enters her scary basement seeking her missing twins. And Agnes discloses herself to be the witch Agatha Harkness. It turns out she was accountable for everything that’s gone wrong and weird in Westview, that includes the arrival of Pietro Maximoff from the Fox X-Men Universe aka Evan Peters.

Crackling, she says, “I killed Sparky too.”

You went too far, Agatha.

Monica visits Agnes’ house and gets ready to enter the creepy basement, however, is surprised by Pietro, who’s probably under the control of Agatha.