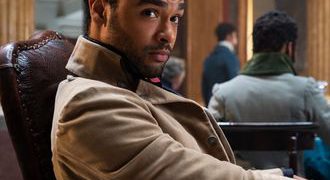 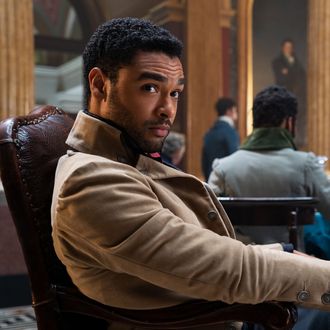 He really was set on pulling out of the show, what else can we say? The Hollywood Reporter reports that Regé-Jean Page made the decision to leave Bridgerton a little less amicably than what was initially believed, with the hunky Brit apparently rejecting an opportunity to return “as a guest star in three to five episodes” of the second season at a pay increase to $50,000 per episode. Sources told THR that Page “declined for a multitude of reasons,” which included wanting to focus on his flourishing film career and believing that his Bridgerton role ended on a high note. Upon the news of Page’s departure becoming public last week, the actor issued a statement of gratitude to the show for the opportunity it gave him, noting that he was drawn to the Hot Duke™ because it was presented as a one-season gig. “I get to come in, I get to contribute my bit and then the Bridgerton family rolls on,” he explained. “There is also value in completing these arcs and sticking the landing.” The show’s second season, as previously revealed, will move the action away from Daphne and the duke to Anthony as its star suitor. So try not to cry because it’s over — smile because all of those eye-fucks happened.