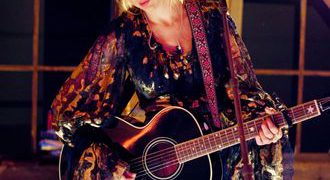 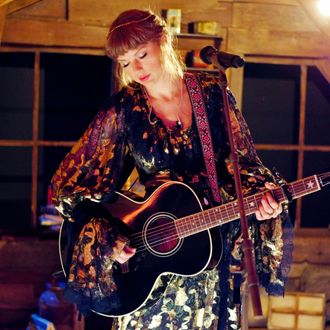 Relive your high-school heartbreak with the latest track from Taylor Swift’s vault. In “Mr. Perfectly Fine,” Swift directly calls out an ex for breaking her heart over an energetic guitar. We’re not in folklore anymore. With a classic T-Swift bridge and a final, soaring chorus, “Mr. Perfectly Fine” is a 2008 time capsule. “Good-bye Mr. casually cruel / Mr. everything revolves around you,” she sings. “I’ve been Miss misery for the last time / And you’re Mr. perfectly fine.” Fans were quick to notice Swift also uses the phrase “casually cruel” in “All Too Well,” the fifth track on Red, which is believed to be about her ex Jake Gyllenhaal. Despite all the secrets the vault presumably holds, Swift isn’t trying to start anything. “Me in 2020: life is chill, writing songs based on fiction to avoid drama, pretty grown up,” she tweeted Wednesday morning. “My 2008 music from the vault, in a goblin voice: “REELEEEEEEASE MR PERFECTLY FIIIIIIINE.”

Me in 2020: life is chill, writing songs based in fiction to avoid drama, feeling pretty grown up

My 2008 music from the vault, in a goblin voice: “REELEEEEEEASE MR PERFECTLY FIIIIIIINE” https://t.co/PCexr31q9x

Update, 12:30 p.m.: Well, well, well, if it isn’t Mrs. Perfectly Fine. Sophie Turner, wife of Joe Jonas, Taylor Swift’s late-aughts ex-boyfriend, shared her love for “Mr. Perfectly Fine” in an Instagram Story, all but confirming some Swiftie suspicions. Many fans believe the song is about Swift’s breakup with Joe Jonas back in the day, since the lyrics match up with other previously released tracks, “Last Kiss” and “Forever and Always.” “forever bending the knee for the 👑 of the north,” Swift replied to the Game of Thrones star on her Story. Between Swift and the Jonas Brothers, one (failed) relationship produced nothing but bops.

“forever bending the knee for the 👑 of the north” pic.twitter.com/n7DyJTzIAA