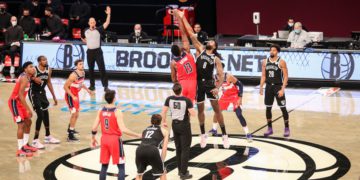 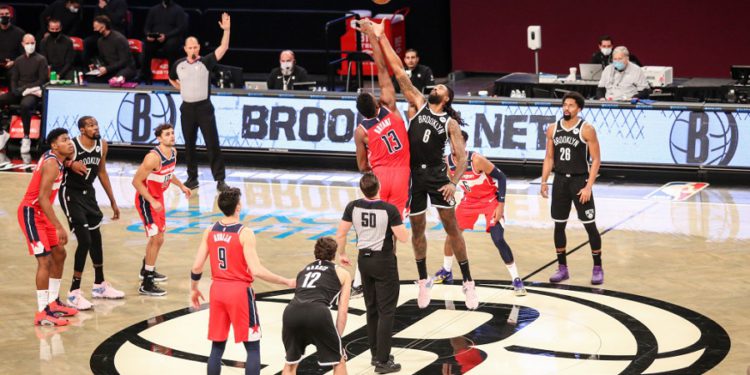 Things we learned from the Nets vs. Wizards game. Lack of intensity and bad defense for almost the entire game made it difficult for the Nets to win over Wizards, 149-146.

Recently, the Nets have had their moments, however, they are not quite good at playing defense. The exit of Jarrett Allen made it worse. Perhaps, Norvel Pelle and Iman Shumpert can make a difference if they get any minutes. The defensive struggle of the Nets should better improve.

#2 Joe Harris’ confidence on offense is rising to new heights:

Joe Harris spent a crazy January, shooting over 50% and establishing a franchise record for three-pointers. However, Sunday had a different plan for him, knocking down 8 shots from outside the arc on 13 tries.

With Irving and Durant on the ground and Harden when he’s fit, the Nets have 3 players to rely on when they need a bucket late- not to discuss a superior long-range threat in Harris.

Yet the Nets went with Timothe Luwawu-Cabarrot in their final offensive possession. The match is another sign of how comfy Brooklyn’s stars are with splitting the load.